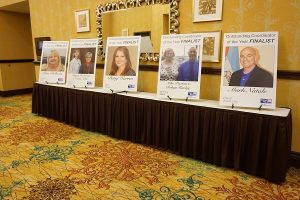 United Way of Northwest Louisiana annually celebrates community success at the Annual Celebration of Impact. Held in the first quarter of the year, the event honors area businesses and local leaders that helped make the community great.

United Way of Northwest Louisiana raised more than $2 million during the past year. That money is used to improve the lives of residents in Northwest Louisiana. The dollars raised will be spent on nonprofit programs in NWLA aimed at improving lives in the areas of education, health, financial stability and those in crisis.

The two grand awards are the LIVE UNITED Award and the Clyde E. Fant Memorial Award. The Live United award is presented to a company or organization that demonstrates their dedication to the community and displaying the Live United spirit.

Other awards given at the event include: