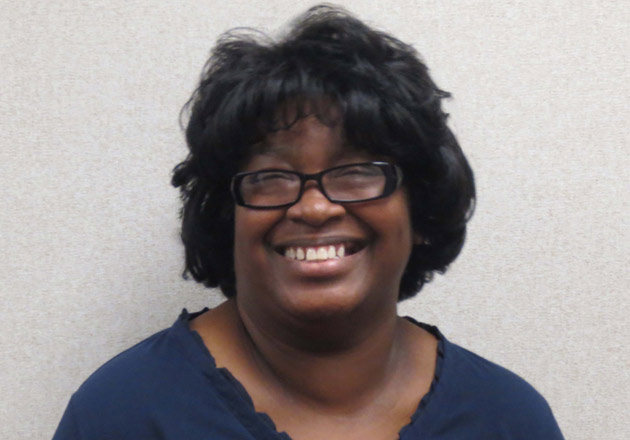 Can you believe Deborah Seazer has worked for United Way since 1981?

Amazingly, Deborah doesn’t think it feels that long, at least not 90% of the time.

Immediately upon starting at United Way she was told by other staff that she was basically a temporary employee hired just to work during the campaign. That was news to her as she thought she was hired for full time work.

She came to United Way after working in student records. Deborah often remembers saying she never wanted to work in records again. When the Accounts Receivable staff person left, Deborah was given those duties. She was back in records, more records than she had ever done before. What Deborah discovered was, maybe it wasn’t records, but the types of records, because she enjoyed doing accounts receivable. As staff came and went, Deborah found herself having more and more responsibilities. There was no question anymore as to whether she was actually a temporary employee or a permanent employee.

One day Deborah was informed that we were getting a mainframe computer system and, yes, she would be the main operator, making her the Information Systems Manager. It was good that she likes to try to figure things out, because her only training was basically all the computer manuals. Of course by now this was exciting, even though it came with about 20 manuals. It was just one more thing for her to learn.