“All of us who are openly gay are living and writing the history of our movement. We are no more – and no less – heroic than the suffragists and abolitionists of the 19th century; and the labor organizers, Freedom Riders, Stonewall demonstrators, and environmentalists of the 20th century. We are ordinary people, living our lives, and trying as civil-rights activist Dorothy Cotton said, to ‘fix what ain’t right’ in our society.”

With these risks in mind, today’s LGBTQ+ activists are not only focused on policies and legislation that protect their communities from discrimination, but they are also increasingly focused on issues such as intersectionality, transgender rights, and achieving greater representation of marginalized groups within the LGBTQ+ community.

According to the UCLA School of Law Williams Institute, 42% of LGBTQ adults identity as people of color. This is slightly more diverse than the overall U.S. adult population, which is 60% white/Caucasian. he higher representation of people of color in LGBTQ communities is in part related to age. With increasing acceptance of LGBTQ people, younger generations are more likely to be out as LGBTQ. Younger people are also more likely to be of color, which is the main reason that a large proportion of people of color identify as LGBTQ. From service provision to movement building, there is a need to respond and adapt to a new generation in the U.S. that is more diverse than any previous generation in terms of race, sexual orientation, and gender identity.

According to Movement Advancement Project, 12% of LGBTQ individuals in Louisiana from 2 cities statewide (New Orleans and Shreveport) have ordinances prohibiting discrimination based on sexual orientation in private employment, housing, and public accommodations. This infographic (PDF) shares additional statistics about policies and laws affecting the LGBTQ in Louisiana.

Kimberlé Crenshaw, a 2017 NAIS People of Color Conference speaker, civil rights advocate, and professor at UCLA School of Law and Columbia Law School, talks about intersectional theory, the study of how overlapping or intersecting social identities—and particularly minority identities—relate to systems and structures of discrimination. (1:54) 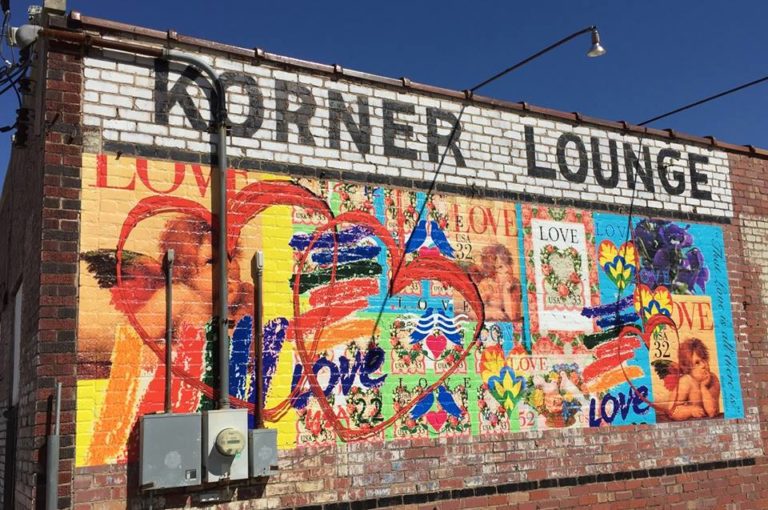 Artist: Tama Nathan  •   Title: All There Is

A special thanks to the Downtown Development Authority for providing this art.