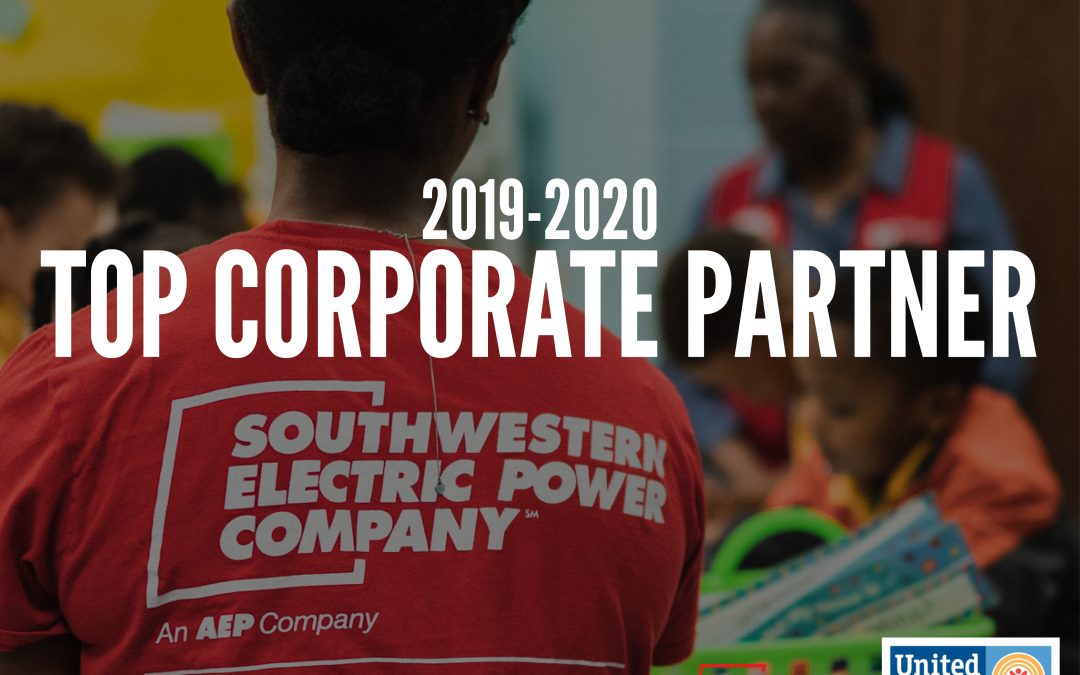 Donations raised during the week were designated for the United for NWLA Fund.  One hundred percent of the proceeds to the fund will support both the short- and long-term needs of those disproportionately affected by COVID-19 in northwest Louisiana.  The United for NWLA Fund is donation-driven and will be used to serve ALICE (Asset Limited, Income Constrained, and Employed) community members in Bienville, Bossier, Caddo, Claiborne, DeSoto, Natchitoches, Red River, Sabine, Webster and Winn Parishes.

United Way’s Virtual Spirit Week was themed United from Home. “We wanted to show that while we may not be together, we are still in this together,” said LaToria Thomas, Vice President of Resource Development. “We remain united in our commitment to serve the community.  This week was also about recognizing those who help make our work possible.”

United Way started the week by honoring Regions Bank with the 2019-2020 Live United Award for their consistent philanthropic spirit, advocacy and volunteerism for United Way and its programs.

Malcolm Smoak, president and chief operating officer of Southwestern Electric Power Co. (SWEPCO), was honored with the 2020 Clyde E. Fant Memorial Award. The award has been presented to community philanthropists since 1949. Former recipients include individuals such as Virginia K. Shehee, 1975; Maxine Sarpy, 2008; and O. Delton Harrison, 2016.

“The United Way does a tremendous job of bringing people and resources together to serve the needs of the northwest Louisiana community,” Smoak said. “It’s our privilege as a company and as SWEPCO employees to support the United Way.”

The award will allow United Way to re-open registration for new participants into the program. The Imagination Library provides high-quality, age appropriate books to children under the age of five each month at no cost to the family. If enrolled at birth, a child can receive their own personal library of 60 books.

As demand for the program outpaced availability, registration for new families was closed temporarily.

“We are thrilled to offer this needed educational program to new families again,” say Dr. Bruce Willson Jr. “The AEP Foundation funding allows United Way to not only remove hundreds of children off the waiting list, but also has the potential to support thousands more.”

Since the program’s inception, nearly 155,000 books have been mailed to children in northwest Louisiana.  The AEP Foundation funding will sponsor over 1,600 children or 40,000 books over the next two years.  The AEP Foundation provides a phenomenal example of corporate philanthropy in northwest Louisiana by improving the lives of children one book at a time.