2019-2020 Celebration of Impact Awards: Volunteer Projects of the Year and Life of the Party Awards 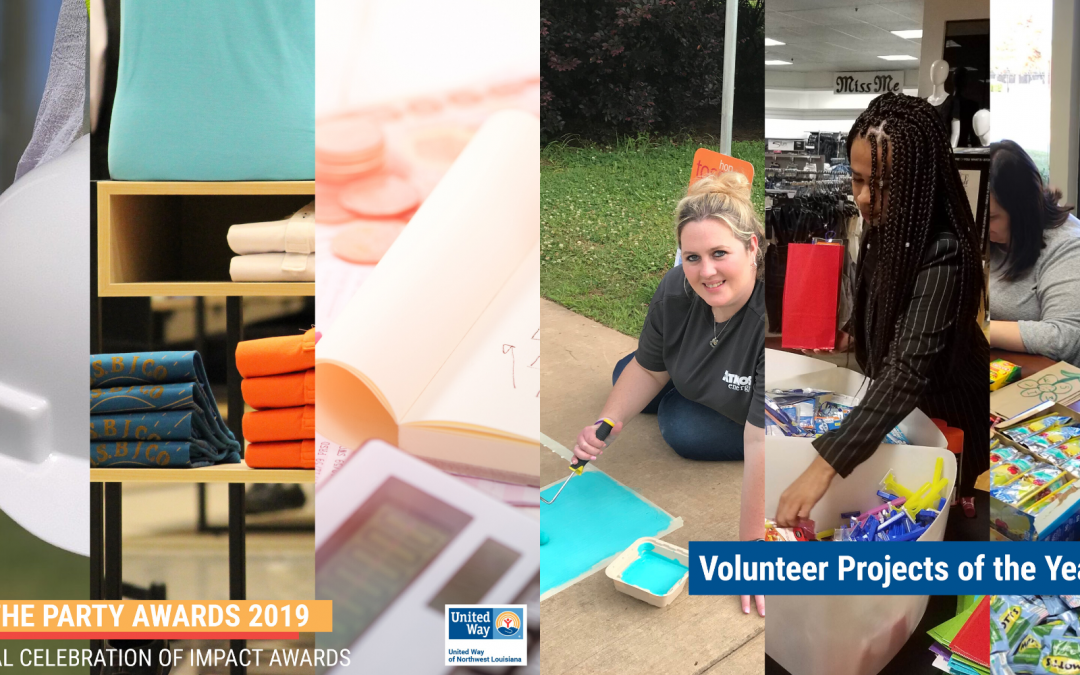 Typically, we celebrates our community success at the annual Celebration of Impact. This year’s event, originally scheduled on April 16 at Sam’s Town Hotel and Casino, was canceled due to COVID-19. We will still honor those that made 2019 a great year for United Way!  Starting April 13, 2020, United Way of Northwest Louisiana began Spirit Week.

We are thrilled to recognize our winners of this year’s Life of the Party and Volunteer Projects of the Year!  It was a challenge to summarize all that they did to give back last year.

Atmos Energy, Volunteer Project of the Year and Life of the Party 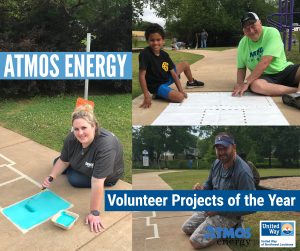 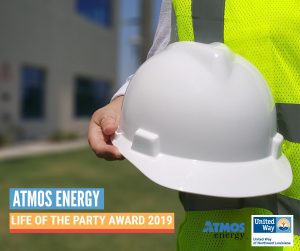 Dillard’s – Bossier City, Volunteer Project of the Year and Life of the Party 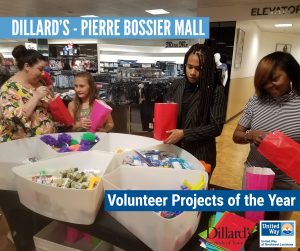 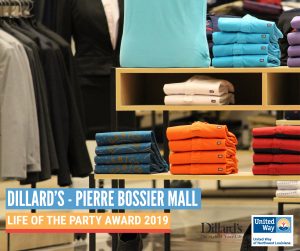 Dillard’s Pierre Bossier went above and beyond to support United Way and the people in our community.  In June, they hosted an on-site volunteer project where they assembled and donated 75 Hygiene Kits to Providence House.  In August, allowed United Way to be part of their Annual Kid’s Day.  More than 100 Snack Pack Kits were created for various after school programs.  In October, more than 100 purses were donated to United Way by Dillard’s in Pierre Bossier Mall and Dillard’s in St. Vincent Mall.  We distributed these purses at a Dress for Success event hosted by United Way, where individuals in the Professional Women’s Group were able to shop for a free purse to compliment the new professional wardrobes provided to them by Dress for Success to help prepare them for reentering the workplace. 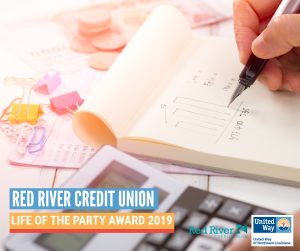 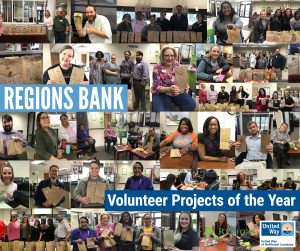 Regions Bank exemplifies the spirit of philanthropy and volunteerism year-round. The Regions Bank team is always enthused to learn of new opportunities to volunteer in the community or get involved with a donation drive. By investing in snack packs that engaged their employees, Regions Bank provided 300 snack packs for local children!  In addition to being heavily involved in United Way endeavors to improve NWLA, Regions Bank has a hands-on approach to improving the financial stability of residents within our community as a founding and longtime Bank On initiative partner.