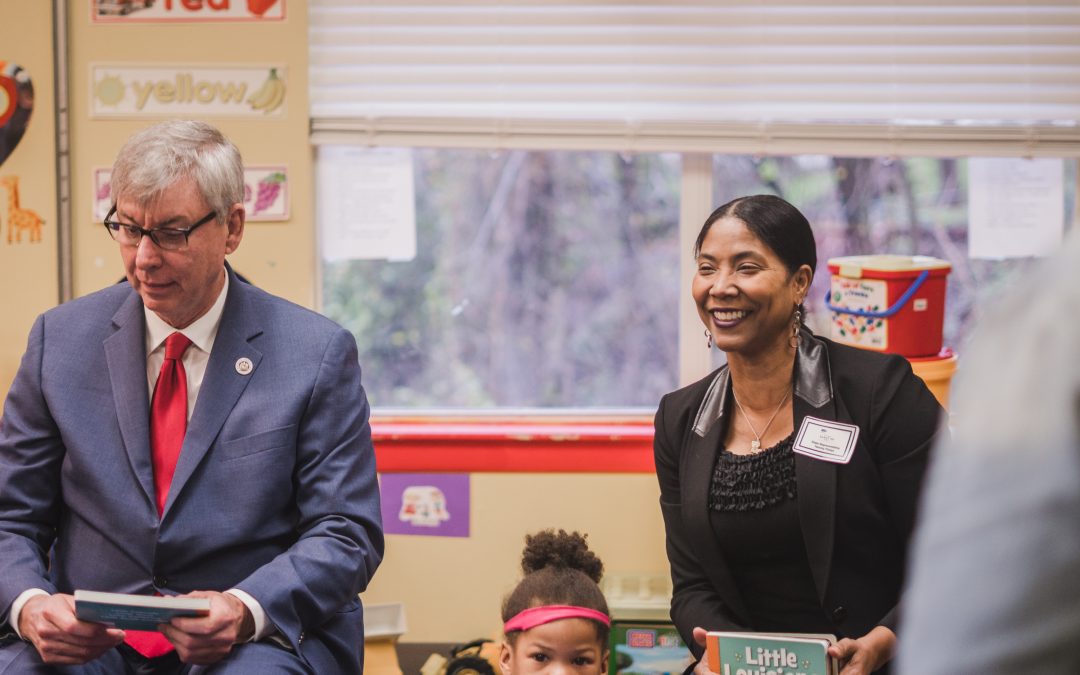 The 2019 election season proves the adage that well-meaning people can have widely different perspectives on the same issue. Healthcare, education, tax and tort reform are viewed by policymakers in far different ways.

Among all the differences of opinion, there seems to be one area of policy that has true bipartisan support. Party affiliation, political ideology and demographics do not seem to matter. Across all the substantial boundaries that separate well-meaning people, there seems little to no disagreement about Louisiana’s need to invest in quality early childcare and education.

Our policymakers understand the statistics. They know 90% of brain development comes in the first five years of life. They know fully one-third of Louisiana’s children are set up to fail by being far behind when they enter school. They know early childcare and education funding has been a place to find money to balance the state’s budget during difficult years.

Our policymakers know Louisiana’s investment in early childcare and education has been minimal at best. In 2007, Louisiana’s Childcare Assistance Program served 40,000 children. Now it serves less than 17,000. Currently less than one-half of 1% of our budget is dedicated to the needs of our youngest citizens.

Our government leaders know early childcare and education is not just a poverty issue. It is an issue important to a majority of working parents with small children. Two-thirds of children under age five have both parents or a single parent working and childcare costs are on average almost as much as public college tuition.

Most importantly, community leaders in the public and private sector know and see the importance of quality childcare and education to their children and grandchildren. They can see how fast children learn in the first four years of life. With the support of voters, businesses, faith leaders and educators, our elected officials can take bold action for children, knowing we have their back.

We learned our neighbor state to the West dedicates one billion dollars per year for early childhood education. Other states are offering these services to lower and middle income families out of revenue from “sin taxes” – lottery, gambling, tobacco tax and tobacco settlement funds.

A move beyond rhetoric to action to increase support for early care and education started last year and looks to be primed for real advancement in the legislature in 2020. During the 2019 legislative session, Republican legislators led an effort to increase investment in childcare and education by 19 million dollars.

Last year, the Louisiana Department of Education won a competitive federal Preschool Development Program Grant worth over 33 million dollars with 11 million dollars to be annually invested in expanded seats for early childcare and education over the next three years. At nearly every speaking engagement, Governor Edwards has identified this issue as a key priority for the 2020 legislative session and his support is reflected in the proposed 2020 executive budget.

The late John Maginnis, respected Louisiana political analyst, wrote an editorial twenty years ago in The Shreveport Times entitled “Early Childhood Education is the Key to Future Success”. He noted “the worst of Louisiana’s education programs are beyond the reach of the best-payed teachers and best-run schools. The children who will create the most problems, unhappiness and public expense…are lost before they get to kindergarten. If learning starts in the cradle, children who get none of it at home in the first five years will never catch up once they get to school.”

This is not a special interest issue. Nor is this just an education issue. This is about opportunity for the children, families and businesses in our communities. It is about building a foundation for the future of our families and our state as a whole.

We need to apply the wisdom that “The best time to plant a tree was twenty years ago. The second best time is now.” We decided two decades ago that early childhood education was important and implemented the LA 4 preschool program. It is time again to invest in our youngest families and youngest children. The time to plant another tree is now.

Dr. Phillip Rozeman is a physician and board member of the Louisiana Policy Institute for Children, Step Forward, Louisiana Committee of 100, and Council for A Better Louisiana.  This article was originally published by The Shreveport Times on February 13, 2020.