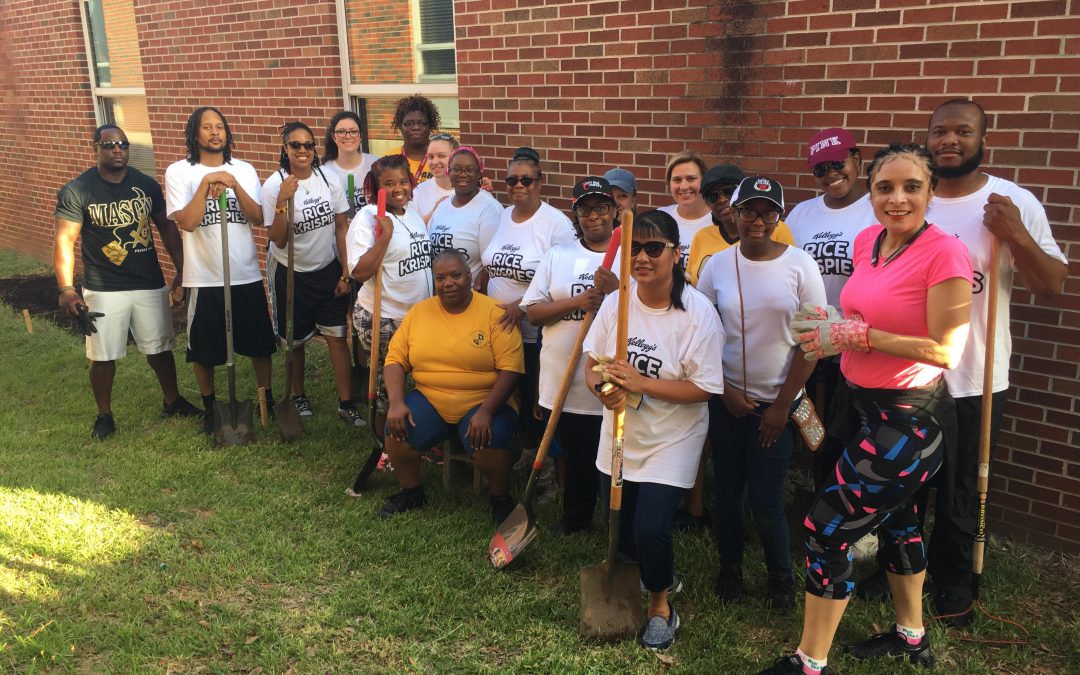 “The schools are both very excited about the impact this project will have in the upcoming school year. The harvest will be used in science lessons and be sent home with families in need,” said Jennifer Horton, Community Engagement Coordinator at United Way of Northwest Louisiana.

Right now, one in five children in the U.S. (approximately 15 million) face hunger every day. Many of these children live in food deserts. In fact, about 2.3 million people (or 2.2% of all U.S. households) live more than one mile away from a supermarket and do not own a car. Thanks to Kellogg’s and community support, nearly 3,000 individuals now have access to beautifully restored community gardens that are producing fresh fruits and vegetables.

United Against Food Deserts would not have been possible without the support of Kellogg’s. Because of them, approximately 3,000 individuals living in food deserts now have access to nutritious food.